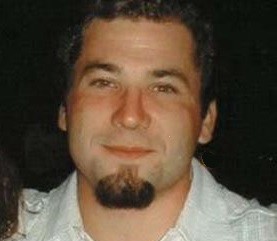 On January 11th 2018 Wesley Austin Johnson passed away with his family at his side in Phoenix Arizona. Wes was born January 4th, 1982 in Salinas California.

Wesley is the youngest of our family, however he was a “Protector and Champion” to his sisters and all who he loved so dearly. Wesley lived his life his way! Everything he did was extreme and heartfelt. Whether Wesley was skateboarding, snowboarding, wakeboarding or fishing with his best buddy Matt, he did it with every bit of his being.

Wesley was instrumental in the development of the Greenfield skate park. Attending city council meetings and writing letters until it was built. Never did he dream his own son Zane would skate there! Wes loved to sit and watch Zane skate where he himself would spend countless hours there with his many friends. If younger kids came to skate and needed new wheels or bearings Wes would dig in his tool chest and fix them up.

We love you Wes, “TILL THE WHEELS FALL OFF!”