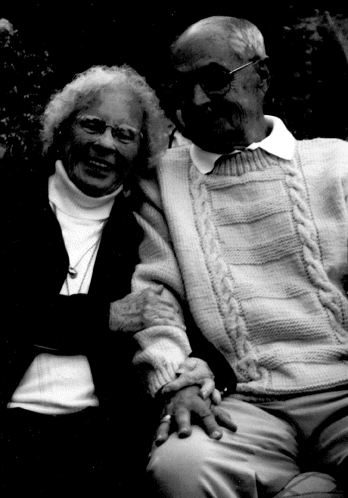 Bob was born in Brooklyn, New York on October 17, 1928. He attended Paul Smith’s College at Lake Placid where he met his future wife, Sarah Romaine, on a blind date. It was love at first sight. Both Bob and Sarah left the east coast and were married in Monterey, CA on September 16, 1950. Shortly thereafter Bob joined the United States Marine Corps and was stationed in San Francisco before being sent to Japan.

After his service in the Marine Corps, Bob and Sarah moved back to Monterey where Bob worked for Sprouse Reitz Company. He continued managing Sprouse Reitz stores in Soledad, King City and in Incline Village NV in 1977. Bob and Sarah semi-retired in Paso Robles, CA to be closer to their two children. Bob continued to work for the Food Bank in Paso Robles for a short time.

While in the Salinas Valley, Bob was a volunteer fireman with Soledad Fire Department, and while raising his children in King City, Bob was the Fire Chief for 12 years. He also was a member and served as President of the King City Lion’s Club. He loved the Salinas Valley and had met his best friends there. Bob is remembered by his many jokes that he enjoyed telling.

Sarah was born in Franklin, New Jersey on March 21, 1929. She graduated from Franklin High School, and thereafter met her future husband, Bob McCay. In later years when remembering that blind date, she said she immediately knew Bob was the one for her!

Sarah (Kit) worked in San Francisco while Bob was stationed there with the US Marine Corps and then moved to Monterey when he was sent to Japan. It was at Fort Ord that she had their first child, Robbie. Second child, Kim, was born while Sarah and Bob lived in Soledad.

Many may remember “Kit” working at the Production Credit Association office in King City. Kit was active in her community leading a boy scout troop when living in Soledad , then volunteering as a Pink Lady and serving as President of the Pink Ladies at Mee Memorial Hospital, and she also served on the King City Planning Commission.

Bob and Sarah leave their son, Rob McCay of Monterey; their daughter, Kim Pedersen and her husband Pat of Templeton; four grand daughters and one grandson.

A celebration of life will be on Saturday, April 15th at 1:00 at the Quail Run Mobile Home Park in Paso Robles.