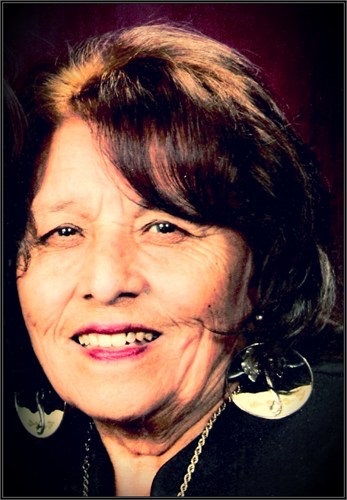 Rosa Herrera Guzman returned to her heavenly home on August 26, 2017. She was surrounded by loved ones.

Rosa was born on August 30, 1928 in Stockton, California to her beloved parents Jesus Herrera of Hermosillo, Sonora and Arcadia Estrella of Ahome, Sinaloa. She was raised in Stockton in the Catholic Faith and spent several years of her childhood in Hermosillo, Mx.

As a teenager Rosa worked in the fields of the San Joaquin, Salinas, and Imperial Valleys. She worked for many years at Jack T. Bailey and Salinas Lettuce Co-op. Rosa was also a member of LULAC, Teamsters and the Salinas Cinco de Mayo Committee.

Rosa was blessed with a large and loving family, which she started when she married the love of her life, Marcelino Nava Guzmán, on December 12,1945 in Mexicali, Mx. They lived happily and traveled often from Salinas to the Imperial Valley.

Rosa liked to cook, dance, sing, tell jokes, play bingo, and she loved going to the Casinos with family. She was a fan of wrestling, soccer, boxing and she loved her 49ers. But most of all she loved cheering on her grandchildren at their sporting events and life’s milestones.

The family wishes to extend their gratitude to her friends from Casa de Oro in Gonzalez, DaVita Soledad Dialysis Center and Hospice for their support and care.