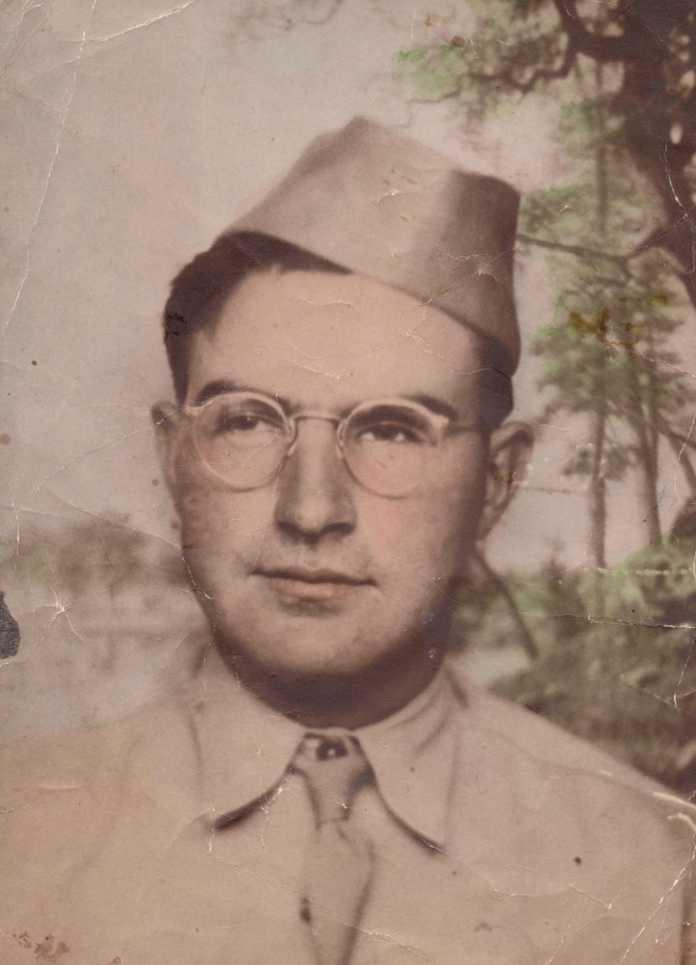 Robert “Bob” L. Duckworth, Sr. died Monday, March 6, 2017 at Twin Cities Hospital in Templeton California. He was 96 years old.
Bob was born March 23, 1920 in Priest Valley California to Milford Duckworth and Gladys Campbell. Although he and his family lived in many different areas, Bob spent most of his young life and considered home in Priest Valley. He attended Priest Valley School and King City High School.

Bob got his first California Drivers’ License at the age of 11. At the age of 13 Bob was working on a water pump in Lockwood, when a sliver of metal punctured his right eye. He lost sight out of that eye. Bob did not let that slow him down. He adapted quickly with a “can do” attitude. He was employed by William Randolph Hearst as a “cooks’ helper” and then promoted to cowboy. He was then hired to take supplies up to the Calame Fire Look-Out Station at the Pinnacles in Soledad. He had a team of young colts he was breaking, so he took them, loaded them with supplies and headed up to the look-out. He got to see lots of beautiful country by horseback which provided him with a life-long memory. Bob secured a job poisoning squirrels on the Orradre Ranch in San Ardo where he also helped TB test cattle. He worked for Stan McCorkle & Sons as a ranch hand raising turkeys. He had a love of the land and loved to drive tractor and truck. It was this love that took him to the Aeore Ranch just North Soledad. In his spare time, he worked off and on for Jack Sterling at the Pacheco Ranch as a cowboy and picked up odd jobs like plowing (3 rows) on each side of the railroad tracks from Soledad to the Metz tunnel with a 1 horse plow. He said his plow was only 12” wide and had to go through rock and iron. It was a “pretty hard go of it” and took “a good bit of time”.

In 1940, Bob tried to enlist in the service with his brother Cecil. However, the U.S. Military declined his enlistment due to the loss of his eye. In the summer of 1942, Bob received his “Uncle Sam Wants YOU” letter. Bob was working for the Aeore Ranch just North of Soledad at the time. Mr. Aeore did not want Bob to go and knew there was special consideration for men who were needed on a farm and who had a “disability” and wanted to write a letter on Bob’s behalf. Bob would not hear of it. He felt in his heart and believed with his soul that it was his duty and honor to help fight and defend his Country in any way he could. On November 22, 1942 Bob was enlisted into the United States Army and sent to boot camp at the “new” Camp Roberts. He was stationed in Vancouver Barracks Washington, Camp Adair near Eugene Oregon, Tonopah Nevada, Seattle Washington and the McClellan Air Field in Sacramento Ca. Bob was a mechanic and operated heavy equipment. On December 16, 1945, Bob discharged from the United States Army Air Corp. It was at his welcome home party that he and Irene McCormack “started talking”. It was soon after, that Bob asked Irene out on a date. And the rest is history. On January 18, 1947, Bob and Irene headed to Reno Nevada to get married. They made their first home on the Aeore Ranch in Soledad. It was there they welcomed the first of their 3 children, Robert and then Allen. Two sons they are still very proud of. Bob and Irene moved their family to the Mission District just West of Soledad. It was while they lived in the Mission that they added a third child, Darla. On January 18, 2017, Bob and Irene celebrated their 70th Wedding Anniversary. The love they shared for each other is something we only read about in fairy tales.

In 1956, after moving to the Mission, Bob bought his very first truck. A “red” truck with 1 trailer and that started,” Bob Duckworth Trucking”. The truck had a gas engine so 1 trailer was all Bob believed the little truck could handle. He worked during the day for the Aeore Ranch and hauled tomatoes’ at night. Guys told him he couldn’t do it. But Bob proved them all wrong. Bob believed that you could manage to do just about anything, if you wanted it bad enough. In 1957, Bob left the Aeore Ranch and began trucking full time. Bob was well known throughout the Salinas Valley and a good bit of the state “truckin” up and down the road in his “long nose jimmy, Big Jim”. He grew his trucking business to 15 trucks and over 100 sets of trailers. He hauled everything from sugar beets, tomatoes, grapes, grain, hay, carrots and anything he could tie down to a trailer. He had contracts with Paul Masson Vineyards along with most of the local farmers. There was this one guy by the name of Art Bigiongi of B&P Packing who kept Bob on his toes. Art would call and say, “Hey, Duckworth. I got a job for you. Do you think you could…”. Bob and Art formed a life-long friendship. In the early 1970’s Bob and his son Allen formed “Duckworth & Son Trucking”. In 1982, the business was sold and Bob retired. But Bob’s idea of retirement was not quite the same as most. He “filled in when needed” for B&P Packing. Bob & Irene, newly retired made their home on The Lazy Key Ranch in Priest Valley, where they started raising cattle.

Bob was preceded in death by his sisters Cloe Duckworth and Lois (Duckworth) Davis; his brothers, Edward Duckworth, and Cecil M. Duckworth and his grand-son Ronnie Grant.

Private family service will be held.

There will be a Celebration of Life held for Bob at the Lazy Key Ranch, Priest Valley, California at 12 noon, June 24, 2017. Family and friends are asked to bring their favorite photo and story of Bob to share. Family requests that any donations to charity in Bobs honor be made to: King City High School FFA Boosters, King City High School Mustang Bench, Pancreatic Cancer or Wounded Warriors Project.