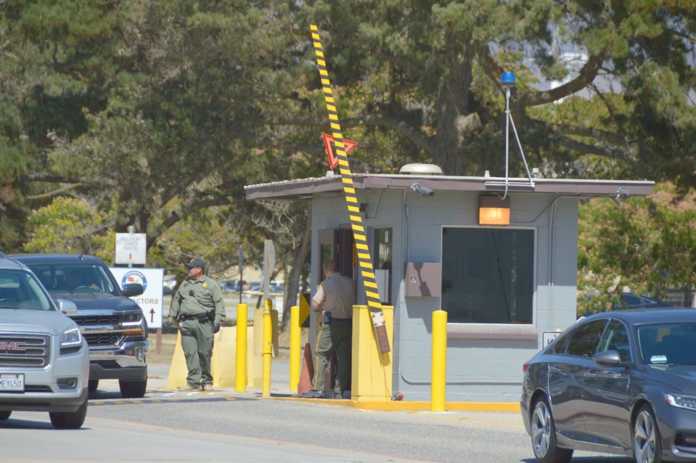 SOLEDAD — Eight inmates were hospitalized and more than 50 were injured Wednesday morning following a riot that broke out at the Correctional Training Facility (CTF), state prison officials said.

The riot occurred at the CTF Central facility, which is located five miles north of Soledad and houses about 5,300 inmates. About 200 inmates began fighting on the yard, triggering the Aug. 14 riot at 11:03 a.m.

Inmates who were hospitalized were sent to nearby Natividad Medical Center in Salinas and are expected to make a full recovery, Espinoza said.

According to Salinas Valley State Prison spokesman Lt. Edward Brown, some of his prison’s staff was sent to assist. No injuries to staff were reported.

Espinoza said prison staff also fired nine bullets from a Ruger Mini-14 rifle to control the crowd, but none of them struck the inmates. He added that use of such a weapon isn’t typical, but that prison staff has that option. A deadly force review board will be convened to investigate use the rifle, he added.

The riot is under investigation to determine a cause, Espinoza said. The prison was on a “modified lockdown,” meaning that inmate movement was restricted to the prison yard and other areas when the riot occurred, he said.

Espinoza said that the riot involved inmates from two prison gangs among the general population, although he declined to elaborate on which ones. Espinoza added that the prison houses members of the Fresno Bulldogs gang.

Prison staff discovered four “inmate-manufactured slashing-type” weapons, Espinoza said, but didn’t say what material they were made from.

The building was placed on a 24-hour lockdown pending an investigation, according to Espinoza, while the other two North and South facilities that are located on the same property were not. The investigation will determine whether or not lockdown will continue, he added.

Inmates are placed back in their cells while prison programs are suspended and the galley is closed until lockdown is lifted. During lockdown, Espinoza said inmates are fed inside their cells.

Espinoza said the last time a riot “of this magnitude” occurred in October 2018, following the death of an inmate.

However, the most recent riot at CTF follows a similar incident at the nearby Salinas Valley State Prison on Aug. 11, in which two inmates were stabbed, prison officials said. Both inmates are suspected to survive.

On July 26, a CTF guard was stabbed as he escorted an inmate back into his cell.

When asked if prison staff and inmates should feel safe inside facilities run by the California Department of Corrections and Rehabilitation (CDCR), Espinoza affirmed.

“In today’s CDCR,” he said, “they are fairly safe. There have been a lot of policies, a lot of programs that have been put into place to protect inmates.”

Inmates that are housed at CTF are designated level one or level two, a classification of which that Espinoza said reflects their level of rehabilitation. Two other classifications, levels three and four, are usually given to more violent offenders, he said.

Offenses range from nonviolent to non-sexual crimes, drug offenses, DUIs, etc., Espinoza said, adding that inmate sentences at CTF can range from a few months to life in prison.