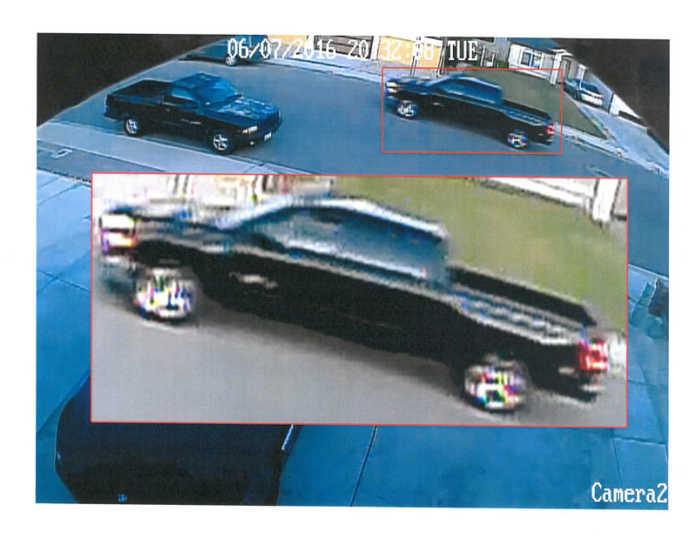 KING CITY — King City Police Department has released a photograph of the possible suspect vehicle involved in the June 2016 murder of Martin Heredia as part of the ongoing investigation.

The photo, recovered from a home surveillance system on the day of the homicide, shows a black, late model Chevrolet, GMC or similar pickup truck in clean condition.

Police said the truck drove by the residence on numerous occasions during the day and evening prior to the homicide. Two suspects were then seen running to the truck immediately after the incident.

According to police, Heredia was hanging out with friends in his garage on June 7, 2016, at about 10:20 p.m. when he left to walk across the street to a friend’s vehicle to retrieve an item. As he walked back to the garage, he was mortally wounded and later died from his injuries at the hospital.

“We and the Heredia family are reaching out to the community hoping a hero will come forward and provide information to assist in identifying and bringing to justice the persons responsible for Martin’s death,” police said in a news release.