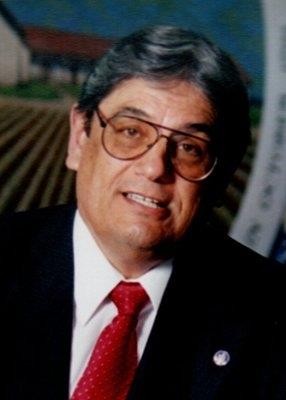 It is with great sadness that we announce the passing of our beloved father Ted (Teodoro) Amador Barrera Sr. on Wednesday, April 10, 2019.

He was born on March 2, 1941 in Hollister, Calif., to Chris & Virginia Barrera. His parents and his three sisters, Christine, Florence & Magdalen soon moved to Soledad, Calif., and lived in the Los Coches Adobe home in the 1940’s and 1950’s (commonly known as the haunted house just passed Soledad right off highway 101. Later on in life the program Ghost Stories, did a documentary on the haunted house and my father and my Tia Florence were interviewed and appeared on that program.

He attended Soledad Main Street School and Gonzales High School for three years before moving to Salinas and graduating from Salinas High in 1959. He attended Hartnell College and San Jose State, then served in the National Guard. He then went to work at the Boys Ranch, now known as Rancho Cielo Youth Campus.

He married, Martha Nabarette in 1964 and after a few moves they bought a home on Elwood St in North Salinas. It was right across from a park where we had so many great memories.

Our father worked at Soledad State Prison for a while before getting hired at the Monterey County Sheriff Department where he worked for 25 years. He started off working at the county jail, bailiff, patrol deputy and lastly a detective. He always went above and beyond to serve his community and fight for justice in every way possible.

He was also a real estate agent for a couple of different firms before settling in at Century 21, A Property Shoppe for many years then Century 21, Action Realty. He was definitely a people person and very social, perfect for a deputy & realtor! He was a top agent/ producer and always put his client’s needs first and was excellent at his craft. He also built up a successful property management company, nothing kept him back from succeeding in life. His slogan was “TrusTED” in the real estate business and I still today use that slogan to honor my father.

He eventually moved back to Soledad, Calif., where he grew up and he ran for Soledad City Council with only a couple of months before the election. Nothing was going to stand in his way. He put huge signs on his truck and started walking and talking to everybody. He and his childhood friend Efrain Ramirez walked the entire city numerous times over again and he won! He was always very proud of his accomplishments on the City Council of Soledad. He finally settled in Gilroy, Calif.

He loved to stay busy and working, after retirement from the Sheriff Office and real estate, he worked at Gilroy Gardens as a security guard; Walmart as a greeter, then as a process server. His last job at Ford Motor Company as a shuttle driver, he loved to meet new people and socialize.

My sister-in-law Maria and I both have our real estate licenses and it seemed to invigorate him and he did everything possible to teach us the business of real estate. I owe it to my father for all that I know and creating the Team BARRERA/ Windermere Real Estate brand.

Our dad was always full of life, always smiling and everybody loved him. He loved to dance, tell jokes, always had wise cracks and loved his family. He always took the time to visit old friends and family members. He loved attending the annual BBQ in Soledad with Richard Ortiz and old friends from Soledad. It seemed like whenever I was with him he was always constantly saying hello to people he knew. He loved attending the annual LULAC Black & White Ball. Two of his favorite sayings were: Si Se Puede & Just Win Baby!

He was a huge New York Yankee fan, he always bragged how he had 27 World Series Rings. He loved going to the San Francisco Giants games with my brother Teddy and to the Oakland Raider games as well. He loved his music as well, from 1950’s rock & roll, country music to his favorite Spanish music. Two of his favorite songs were, One in a Million You and De Colores, among many others.

He loved making a difference by being involved in the community. Besides the Soledad City Council he was a member of the League of United Latin American Citizens, (LULAC) Council #2055, where he was a part of some great changes in our community. He was also a longtime member of the Knights of Columbus and Salinas Elks Lodge #614. He always put in the work, got involved and was a true inspiration and example.

Our father passed away peacefully at his home and will forever be missed. He is our Hero and will forever live in our hearts. We will forever strive to continue his legacy in everything he represented, real estate, civil rights and putting others ahead of one self.

We love you Dad and thank you for all that you did in your lifetime and for your family. Until we see you again, love you Dad.

Followed by a procession to Queen of Heaven Cemetery, 18200 Damian Way, Salinas, Calif. 93907. There was a reception following the burial in Salinas.

There will be a Celebration of Life in honor of our Father, Ted A. Barrera on Thursday, April 25, 2019 at the Police Athletic League Building, (PAL) at 6:00 pm. This will be a time for anyone and everyone to have their time to say a few words about my father. There will be a variety of organizations attending showing their respect and with their own presentations. Thank you Chris Barrera.