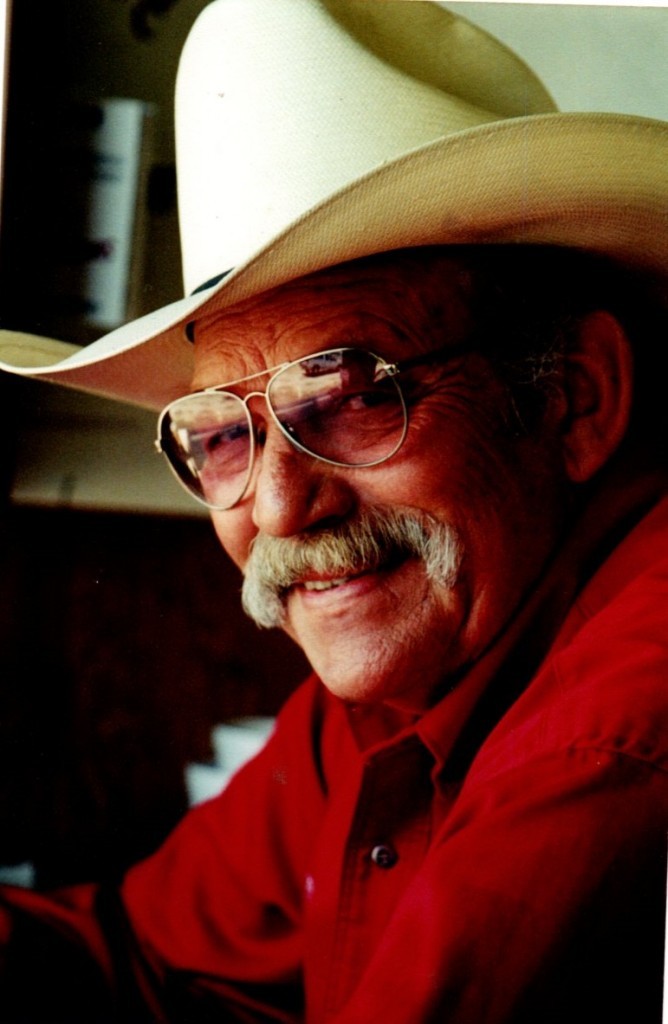 Pete was given the name Gerald “Jerry” DeVries when born on November 3, 1938, in Hawarden Iowa. Born to Pete and Leona “Lee” DeVries, (If Lee’s stories are to be believed, he was delivered on the kitchen table & had a hard time pushing away ever since!). “Jerry” decided he wanted to become a cook in the United States Navy. He joined in 1956 and changed his name to “Pete”. Then the Navy in all its wisdom decided he should be a Radio Operator and he was immediately stationed in sunny Adak Alaska, where he received an Honorable Discharge due to hardship in 1957.

Once out of the Navy he worked for the Spiller Riding Academy training horses and riders. The Academy also boarded and trained exotic animals such as zebras and ostriches for use in movies, which later offered Pete some unique bragging rights! In 1958 Pete married a young woman named Esther Penner. Still involved with horse boarding and training he was partners in a riding facility known as the “Lazy-Z” near Twain Heart Ca. He began working as a butcher’s apprentice, quickly moving on to journey-man butcher, Meat Department Manager later to District Supervisor, finally retiring in the late 90’s. He was also honored to serve his community as a Reserve Deputy with the Merced County Sheriff’s Department. He was married to Esther for thirteen years, having two sons, Jeff DeVries and Russ DeVries.

Pete moved to Salinas in 1967 and being a cowboy, was immediately drawn to the Salinas Rodeo. Beginning in 1968, he volunteered with the Rodeo Association. He was willing to do anything asked of him and was soon drafted by the Hostess Committee. Given his experience with horses and his “reserved” demeanor he was an excellent chaperone for the contestants. He then moved on to what he might call “The Hardest Working Committee on the Grounds!”

He was made a Director in 1988, and continued managing the Barn Committee until handing over the reins to our good friends Tim & Karen Scarpa, deciding to go “Advisory” in 2010. Another hallmark event is his life with the Rodeo Association was receiving the “Gold-en Saddleman Award” presented to him by his very good friends, Past President John Cunha and his beautiful wife Bridget during the July 21-24, 2005 Rodeo.

As a young man Pete often attended livestock sales with his father, who was a cattle buyer in Central and Southern California. The cry of the auctioneer stirred that boy’s heart; he couldn’t sing, but he sure could Sell! And since he kind’a liked being the center of attention, it would seem he found his true calling, a perfect fit! Self taught, he be-came an auctioneer. In his words he could sell anything “from Cakes to Cadillacs”.

He was well known in Monterey and many other surrounding Counties for his generous charity work. He volunteered his time and auctioneering skills for many different organizations, from Private & Public Schools; County Fairs; livestock sales for FFA & 4H; Football, Baseball & Softball Leagues, as well as Health Organizations and Professional Sports Charities; and many, many more. Helping to raise millions of dollars, Pete was nominated to receive the Monterey County “Jefferson Award”. He was stunned and greatly honored to receive the award in 2004.

The most amazing part of Pete’s earthly journey began in 1971 when he met and fell wildly in love with the beautiful Shirley Ford Shields. They met for the first time through a mutual friend, Harley Malone at the Corral Club; love at first dance!!. They began their life together, marrying on April 15, 1973. It was the 70’s so there were lots of Chevy Vans, CB’s, Motorcycles, the “Bull Car”, Maui, Shir-ley’s bell bottoms; Pete & Shirley, another perfect fit!

Hand in hand together, they have walked through all of the mountains and valleys. They have been a shining example of true love to all who have known them. With that in mind the family would like to take this opportunity to thank Shirley for the persistent, patient, unstoppable love she has shared with all of us as she tenderly cared for Pete. She has truly demonstrated the love of Jesus our Savior.

Services will be held at: 1:00p.m. Saturday, March 2, 2019. First Baptist Church of Prunedale, 17716 Pesante Rd., Salinas, CA. 93907. The family has asked that should anyone wish to carry on Pete’s charitable spirit and make a donation in his name, please donate to the Alzheimer’s Association or the SPCA.

And finally a word for you dad; “Keep a few ponies handy; we’ll be along shortly!!” Adios Cowboy, We Love You!!!! Funeral Arrangements by Struve and Laporte Funeral Home.