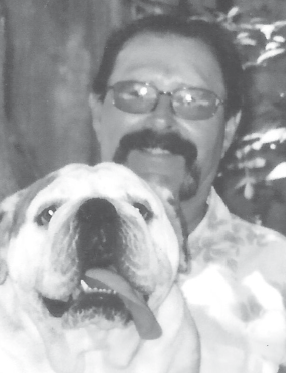 Larry Joseph (Joe) Olshewski of Bakersfield, Calif., passed away peacefully at home on August 15, 2018, at the age of 71 with his family by his side.

Joe was born on June 3, 1947 in Menominee, Michigan. He was the oldest of three children. After graduating from Trenton High in 1965, Joe enlisted in the United States Navy, serving proudly until 1969. After the Navy, Joe enrolled in school at a Jr. College in San Diego. He became a pipefitter and worked for many landscape and construction companies as a foreman.

San Diego is where Joe met his devoted wife Ellie in early 1985. They wed on November 24, 1985 combining their families before having a child together in 1986. In July of 1990 Joe moved his “Brady Bunch” to King City, CA. He thought it would be a great place for his children to grow up…and he was right. He worked for EMCO in Salinas for a time before taking a position with the Soledad Unified School District, promoting to Director of Maintenance, Operations, and Transportation.

Joe enjoyed his co-workers, the students, and the merchants he did business with on behalf of the district, believing in local business first. He was best known as a real life MacGyver doing countless side jobs for people from Salinas to King City whom he often formed friendships with. Joe loved golf, his English Bull Dogs, his horses, and watching his kids participate in 4-H and Jr. Rodeo. He worked hard for his family and he loved the life they lived in King City. Joe loved that small town full of big hearts and helping hands.

Joe retired from the Soledad School District in June of 2009, and in February of 2013, he and his wife, Ellie moved to Oregon to their little red cabin in the woods. Some of his favorite things were working on the Alpaca farm, driving his 1947 Ford tractor, riding his Harley, and fishing with his grandkids when they came to visit every summer. Joe will be remembered for his sense of humor, his loyal friendships, his integrity, and his love for all things with 4 legs. He was an amazing husband, father, brother, and friend.

Ashes will be interred at the Bakersfield National Cemetery on September 21, 2018. A Celebration of life will be held on Saturday, October 27, 2018 at the Long Branch Saloon located at the Salinas Valley Fairgrounds in King City from 11:00am-3:00pm.

In Lieu of flowers donations may be made to the American Heart Association.