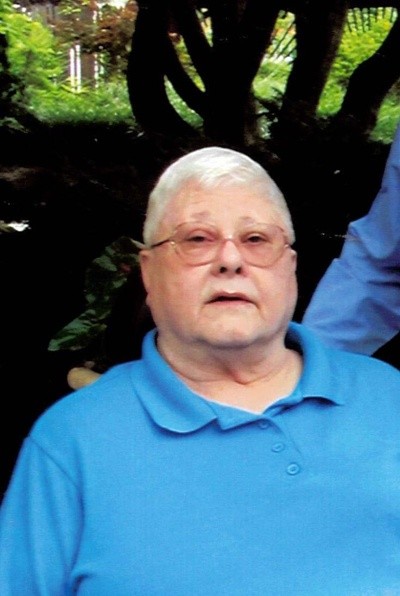 A graveside service will be held 4:00 PM, Friday July 5, 2019 at Glendale Memorial Gardens in Centralia.

Friends and family are invited to Ernestine’s Life Celebration at a visitation from 5:00-6:00 PM Friday, July 5, 2019 at Fenton Funeral Chapel in Centralia.

Ernestine was born on November 30, 1943 at Keene Valley, NY the daughter of Earl and Vera (Duffney) Kiehna.

Ernestine attended schools in many states while growing up, and then graduated from Fairbanks High School in Alaska in 1961. After high school she graduated from Alaska Methodist University.

Ernestine married a fellow teacher, Edward Dunstan on August 30, 1980 in Gonzales, CA, and he survives.

Along with her husband Ed, Ernestine is survived by a son, David Dunstan of Salinas, CA, grandchildren, Alyssa, Manuel, and Anahi Dunstan of the state of California.

Ernestine was preceded in death by a son, Max Dunstan, and her parents.

Ernestine had a 30 year teaching career in Soledad Union/Unified School District in Monterey County, CA from 1968-1998. After retirement she moved with her husband Ed to Centralia, in 1998, and has lived the last 21 years in Centralia.

Ernestine was a substitute teacher in Columbia, Sturgeon, and Centralia High Schools from 1999 through 2015. She also handled several homeschooling assignments during that time.

Along with her husband Ed, she established the “Dunstan Scholarship” awarded yearly to Centralia High School graduates during the period she was a substitute teacher. Over $25,000.00 was awarded during that time.

Ernestine and Ed were honored to be named the Centralia Citizens of the year in 2007.

Ernestine had requested to be cremated and buried by her parents in Glendale Memorial Gardens.

Online condolences may be left at www.fentonfuneralchapel.com.