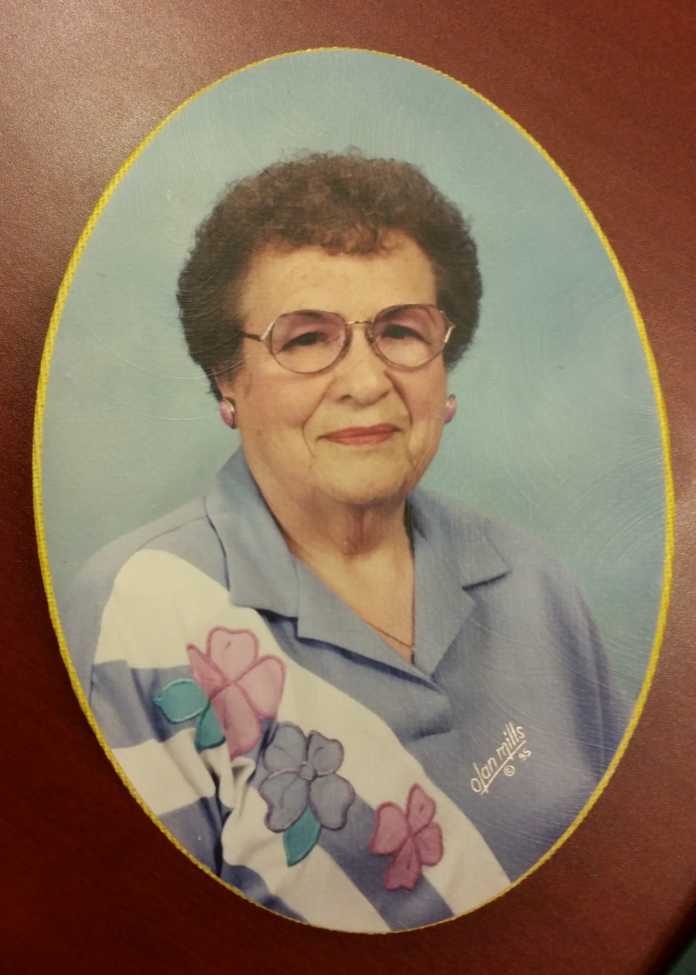 She grew up down the street from her future husband. She married O.E. Camarillo October 31, 1943 in Santa Ana and she came to live in san Lucas where he was working. Together with her husband, O. E. Camarillo they had a Farm Labor Camp and farmed in San Lucas. They were married for 38 years until his death in 1981.

She loved gardening and cooking for family and friends. She volunteered over 15 years with Loaves and Fishes, St. John’s church, also volunteered with the Mee Memorial Auxiliary.

She is survived by her son, Victor Camarillo (Carmen); daughters, Judy rogers (Larry) and Diane Camarillo; daughter-in-law, Rosie Camarillo; grandchildren, Amity, Ivy and Wiley Hearne, Adam and Evan Camarillo; and brother, Joe Flores (Polly). Along with her husband she is also preceded in death by her son, Rick Camarillo.

We would like to thank the doctors, nurses and staff of Eden Valley for the excellent care she received and for indulging her love of cats.

A Funeral Mass will be held, 1:00 p.m., Friday, January 26, 2018 at St. John’s Catholic Church. Mrs. Camarillo will be laid to rest beside her late husband in King City District Cemetery following the funeral mass.