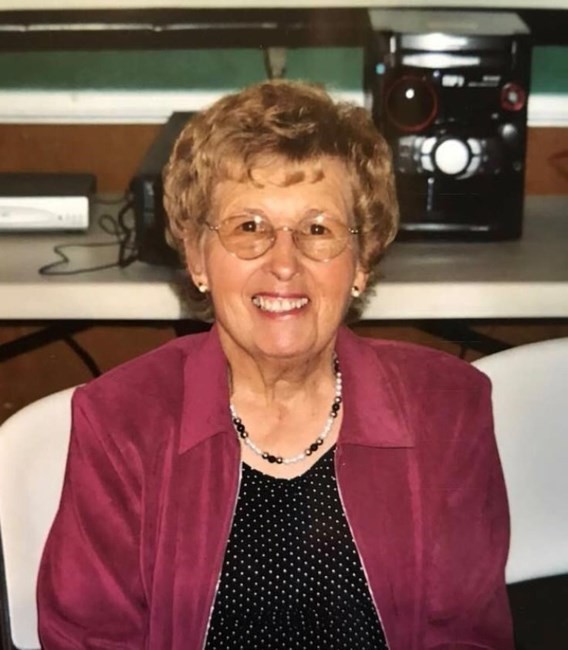 Jennie Ellen (Piini) Barlogio passed away peacefully on August 16, 2018 in Visalia at the age of 93, just less than 3 months shy of her 94th birthday.

Her final hours were filled with much love and music from her son playing his ukulele, prayers and singing to her some of her favorite songs by her loving family. Born Jennie Ellen Piini on November 14, 1924 in Stockton, CA to Swiss immigrants Vittoria Piini from Gudo and Charles Piini from Cugnasco, Canton Ticino.

The Piini family moved to Greenfield when Jennie was 4 years old. Her school days began at the Soledad Mission School and then to Greenfield where she completed grade school and then graduated from King City High School in 1942. Like so many of the Swiss immigrants’ children, Jennie could only speak the Swiss Italian language at the family home, so she had to learn English in grade school.

After graduation, wedding bells rang for Jennie when she became the bride of Peter Vernon Barlogio June 28th, 1942. They were married a the Holy Trinity Catholic Church in Greenfield.

Jennie worked for 15 years at Carl Maggio’s Carrot Plant but later studied to become a certified nurse’s aide at the King City Memorial Hospital and retired after 15 years. She also went on to be a home care giver for people in the Greenfield area.

She constantly amazed her family at always trying new things and her desire to learn to swim was realized at the age of 50 and even dove off the high dive at Soledad pool which she was so proud of. She swam almost every day with her friends, took daily walks and did aerobics. You could also find her ballroom dancing at various places including kicking her heels up at the Donkey Deli in San Juan Bautista, a favorite place for her to go on Sundays.

Jennie loved cooking, swimming, going to see her daughter in North Carolina and traveling to Visalia often to see her sons, daughter-in-laws, grandchildren and great-grand children.

Her lifelong dream to visit the homeland of her parents was fulfilled in 2007 when she went to Switzerland with her daughter and son-in-law and to her surprise her mother’s home was still there!

Jennie was a member of the Swiss-American Club of Monterey County for many years. She was member of the month in March of 1993. She also holds memberships with the Blessed Trinity Altar Society and the Silver Kings and Queens of Monterey County. Jennie was very devoted to her Catholic faith and sang in the church choir for years and you would see her at almost any event the church had as a volunteer. Her family said they will forever cherish the faith in God she instilled in them.

Jennie was preceded in death by her oldest brother, Oliver Piini, her parents Charles Piini and Vittoria Piini, brother Walter Piini and sister Ida Piini. Her late husband, Peter Barlogio passed away in 1981.

The family is asking that any donations be made to The Hospice Foundation of America.

*Grateful to Jennie’s late cousin, Catherine Bassetti, for some of the input in this article.