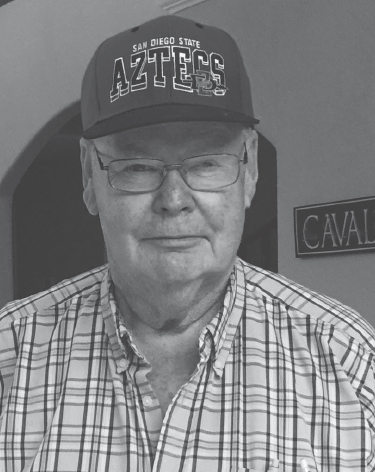 It is with great sadness that the family announces the passing of Charles Duncan.

He was born on August 13, 1941 and died peacefully on July 21, 2018. He was surrounded by the people who loved him most, giving him constant care and attention. Charles had been diagnosed with Parkinson’s Disease but continued to work until two years ago when he was no longer physically able.

Charles has been a life-long farmer, always associated with the agricultural community. In the last 30 years, he has been highly respected for his expertise and knowledge in the fresh market tomato industry in Salinas and the San Joaquin Valleys, for which he has been featured in, “The Tomato Magazine.” His work ethics were second to none. He was born and raised in the Mission District of Soledad attending Mission Grammar School, Gonzales High School and Cal Poly San Luis Obispo. His athletic ability started early in Little League and continued though high school, where he excelled in both baseball and football, receiving many awards and recognitions. He was approached to play in the Minor Leagues, but decided on starting his college career instead and getting on with his life as farmer.

He has been married to Nancy (Franscioni), his high school sweetheart, for 56 years and they have always made their home in Soledad. He was a fun-loving person and enjoyed his friendships, yet he was a private man with a serious and no-nonsense attitude. He loved his family and dedicated his life to his work in order to provide the best for them. He always said his work was his only hobby.

In addition to Nancy, he is survived by his loving and cherished daughters Victoria Pacheco (Michael) and Flora Cavalli (Brian), his grandchildren Dominic Cavalli, Madison Cavalli, Will Pacheco and Kate Pacheco, sisters Mary Jo Hook and Vera Snowden (Everett), many nieces and nephews and his beloved cat Patty. He was pre-deceased by his parents Chet and Iva Duncan, his brother-in-law Abie Hook and his niece Jenny (Snowden) Botta.

In respecting his wishes and reserved nature, a private blessing will be held for immediate family.

The family would like to thank Salinas Valley Memorial Hospital and Pacific Coast Post Acute Care for providing an excellent level of care, comfort, and support for him and his family during the last days of his life.