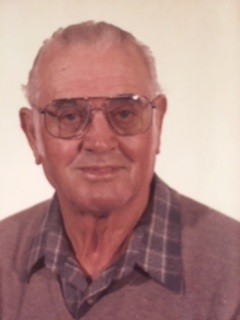 Adolfo was born Jan. 6, 1927, in Giumaglio Switzerland. Adolfo left his village in Switzerland March 7, 1949, at the age of 22. He lived and worked in Soledad for 69 years. He loved NASCAR. His all-time favorite driver was Tony Stewart. He also loved football and baseball. Adolfo’s greatest love was his grandkids and great-grandkids.

He is survived by his children Randall Bonetti of Salinas, Cynthia Aspacio of Soledad, Bill Neff of Salinas, Suzie Vanhorn and Linda Bradley, both from Pardeeville, Wis., numerous grandchildren and great-grandchildren, countless nephews and nieces, and brothers Giorgio Bonetti of Bellinzona, Switzerland, and Fausto Bonetti from Giumaglio, Switzerland.