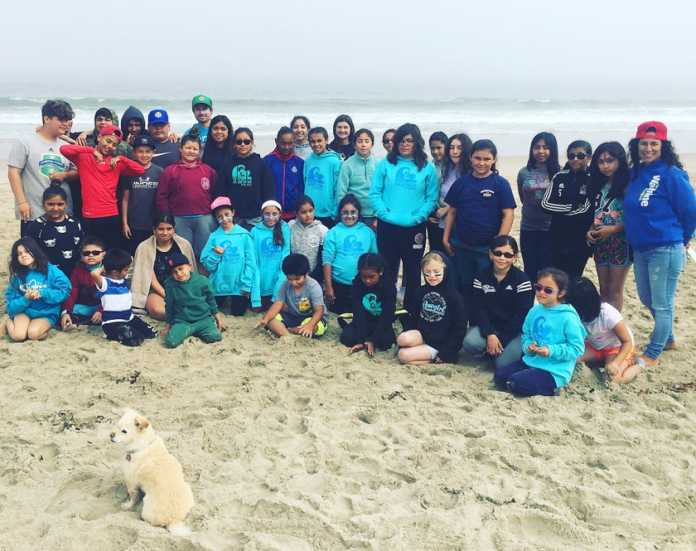 During the week of July 8 to 12, about 140 girls and boys between the ages of 5 and 17 — half of whom were from southern Monterey County cities — participated in the summer program. Activities included surfing, boogie boarding and ocean and beach play, with groups separated by age and skill levels.

South County participants were provided with transportation to the beach, made possible through grant funding from the California State Coastal Conservancy’s Explore the Coast Grant Program.

“The Wahine Project believes that a relationship with the ocean will allow youth to live their healthiest and fullest lives,” said Dionne Ybarra, founding director of the Wahine Project.

The Wahine Project was founded in 2010 to “eliminate the barriers preventing a diversity of girls from a personal relation with the ocean and with one another,” according to its mission statement. In 2015, the project was expanded to include boys under an umbrella organization called Explore Corps.

Since 2010, more than 12,000 youth throughout Monterey County and globally have taken part in the program.

This summer a total of $35,000 in scholarships were given to more than 600 participants to attend the summer camps. New this year, the Wahine Project also offered beach soccer camps for girls ages 9 to 13 in partnership with professional soccer coaches.

“All camps include a strong conservation message and leadership development,” Ybarra added.

In 2017, the Wahine Project was named Nonprofit of the Year by the Nonprofit Alliance of Monterey County for organizations serving youth, children and families.

To learn more about the summer camps, visit the website thewahineproject.org.