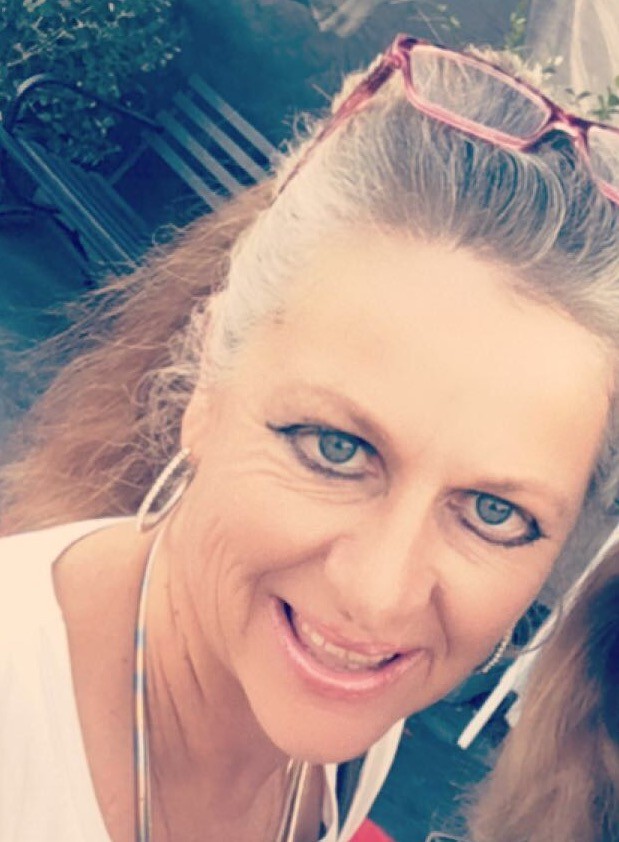 Social media can be quite the bear at times, but for animal rescue it can be useful. It’s one of the main ways we find fosters and adopters for the fur babies that cross the paths of South County Animal Rescue.

“Some one needs to come and rescue this baby,” the post came over with a picture of a very skinny Catahoula hound dog. “We are in the Oasis Vineyard off Jolon Road. The dog has been here for several days.” It was Saturday. The post was shared. Dog lovers, such as myself, were tagged in the post. This is how Facebook can work at its best.

I thought about the poor, starving dog all day. Couldn’t stand the thought of him all alone in the vineyard anymore. He had obviously stayed around the area where the vineyard workers were and they likely didn’t work on a Sunday, so he would get no food and water that day. They probably gave him a few scraps from their lunch pails, but never a proper meal. And what about water? It’s pretty barren out there. Thirst is the worst. I couldn’t stand it.

In our line of work, it is mostly “Someone needs to go and rescue …” Sometimes it is…. “I am going to rescue — can you help me,” but that is rarely the case. The some one was going to need to be one of us.

It was Saturday. Husband and I had accepted an invitation to go to a birthday party that evening. I couldn’t stop thinking about that poor baby. Despite the fact that I was looking forward to the party, I know where my priorities lay and so would the hostess, also an animal lover. We left prepared with dog food and water, hot dogs and treats. I hoped to be able to bring him home tonight and stop his long stay out in the desert all alone. It was approaching dusk when we made it to Oasis Vineyards out in the middle of nowhere. Acre upon acre of vineyards.

We called him, we walked and whistled. We looked in water culverts and near the farm machinery. The light was fading. I started to feel a bit sick to my stomach. Mountain lions, coyotes, who knows what must roam around those remote vineyards. That poor baby. Another Champ had been out there too — and another and another. It did warm my heart that so many people were out there in the middle of nowhere looking for the abandoned vineyard dog.

I didn’t sleep at all well that night. I awoke to social media telling me that the dog was with the farmworkers again. Everyone was all a-flurry. The Champ from the night before was on his way down there in a second. “I have him, I have him!” I couldn’t believe it when the messages and photos starting coming through. Our vineyard dog was in the car and looking all around him — right after he drank a bowl of water and ate some kibble. If a thought bubble could have sprouted out of his head, it would have said, “Oh my, things are really looking up!” He gave his rescuer kisses all the way home.

And then he came to Solace and he bounced up and down, smiling all the way. “He looks like The Joker!” my husband noted, and yes he does indeed. Such a happy fellow with a wonderful, full-face smile. The fieldworkers named him “Bailey” which is a good, solid name, but he’s also known as “Joker” in our house. He had a nice, clean bed in an open kennel, a large area of Puppyland to play around in, a swimming pool of his own, fresh water, fresh kibble and treats. He slept like a king that night without a peep. Then he had to leave again to go to County for his stray hold.

Those were tough days, thinking of him feeling all abandoned again, but in a different situation. He was soon back though, after no one claimed him, which we knew they wouldn’t. I wonder if those wicked folks cast a thought his way, had a small hope that some one nice would pick him up and save him from certain death. This is what we do. We pick up the pieces from awful humans and we make things whole again, one small piece at a time.

It will take Bailey a little while to gain weight and health and stop being afraid, but he’s so full of pure abundant love that, with the right family, he will live the best life ever. I’m so glad we skipped most of the party to go and look for him and that other wonderful people did the same. This animal rescue gig does take a village, saving one precious life at a time. We thank you all for the help.