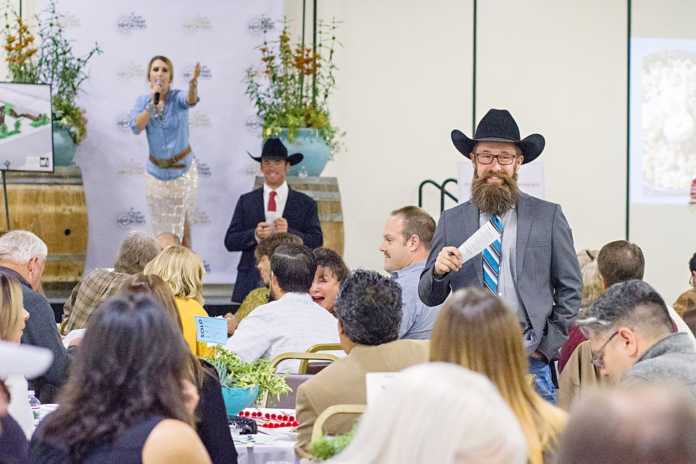 Stomp for a cause

The Nov. 10 event in the Orradre Building started out with light music, wine and appetizers, followed by a dinner catered by King City Young Farmers and served by King City High School’s FFA chapter along with student volunteers.

Tricia Bergeron was the evening’s keynote speaker, sharing her past struggles with addiction. Local auctioneer Mackenzy Bailey then started off the live auction with a pecan pie donated by King City’s own Jill Echenique.

The night ended on a high note, raising more than $100,000 at the event in addition to a $25,000 grant from the Andrew and Phyllis D’Arrigo Charitable Foundation, surprising everyone in attendance.

The South County STOMP was put on to support Sun Street Centers’ new King City Recovery Center at 638 Broadway St. With no substance abuse treatment facilities in South County, the community championed the event with more than 200 people in attendance.

The new Recovery Center was paid for through a grant from the Central California Alliance for Health, which helped Sun Street Centers buy and renovate the property in King City for a new residential and outpatient substance abuse treatment center.

Funds from the South County STOMP will be used for all unmet needs after construction, such as the purchase of program and youth center supplies.

Sun Street Centers, based in Salinas, has been providing services for education, prevention and recovery of alcohol addiction and drug abuse since 1968.