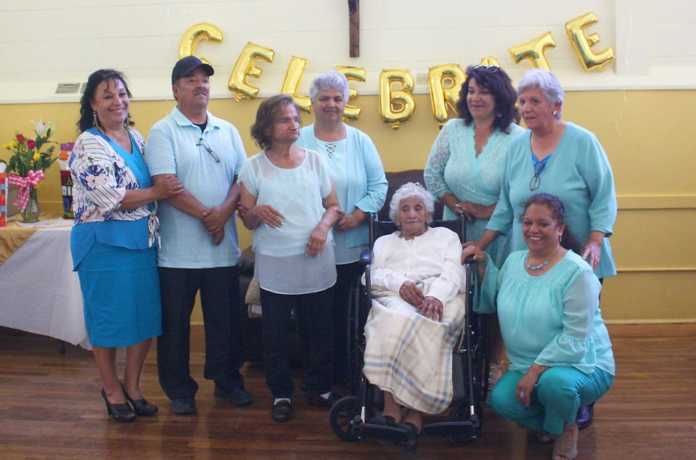 Photo by Samantha Bengtson/Soledad Bee
Delores Morales-Vasquez (wearing white) celebrates her 100th birthday May 29 with her children in Soledad.

SOUTH COUNTY — Soledad resident Delores Morales-Vasquez celebrated her 100th birthday May 29 with her family at Our Lady of Solitude Church in Soledad.

Morales-Vasquez has lived in Soledad since the 1980s. She has six daughters and three sons with her husband and many grandchildren and great-grandchildren who celebrated with her on Sunday.

The Morales-Vasquez extended family lives as close as Soledad, Greenfield and King City and as far away as Chicago, Ill., and Las Vegas, Nev.