SOLEDAD — The City of Soledad partnered with SurveillanceGrid Integrations Inc. to install cameras and license plate recognition technology around Soledad.

According to Public Works Director Donald Wilcox, there have been four phases of the projects to help aid the Soledad Police Department in catching criminals. The 11 new cameras will be located throughout the city, and the cost for the current phase is $105,249.

“A number of these locations are places that we’ve had problems in the past,” said Soledad Police Chief Eric Sills.

Sills said the cameras will cover areas where fights have broken out and areas where homicides have occurred.

“Soledad is the only city in Monterey County that actually has an integrated platform for securing city assets,” said Maria Sumnicht, co-founder of SurveillanceGrid. “If you go to other cities, what you’re going to find is they are doing this, public works, the PD, and the platforms don’t communicate and collaborate, video can’t be shared or information can’t be shared.”

SurveillanceGrid Integrations Inc. started the project with the city in January 2016 and will be continuing with the installation of the new cameras.

The new cameras have multiple capabilities. including license plate readers that can zoom in and pick up the license plate number, a 360-degree camera, and a server than can hold multi-month data.

The approval to install the new cameras throughout the city was approved unanimously by the City Council on Sept. 6. 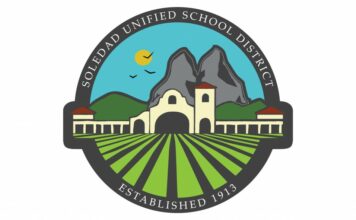