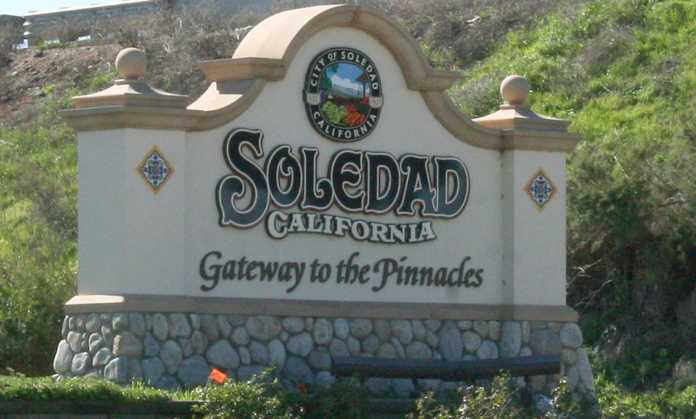 SOUTH COUNTY — The City of Soledad was once again listed among the top 50 safest cities in California, according to the National Council for Home Safety and Security’s recently released “The Safest Cities in California 2019” report.

Soledad came in at No. 39, while Pacific Grove took the No. 43 spot — the only cities in Monterey County to make the top 50.

“Our police department deserves praise for their work in continuously keeping our city safe,” said City Manager Michael McHatten in a news release. “Being the safest city in Monterey County allows tourists and residents to enjoy the very best that Soledad has to offer.”

According to the report, for every 1,000 residents, the City of Soledad averages 50 violent crimes and 170 property crimes in 2018.

McHatten said the city is able to suppress crime within city limits by having local leaders support the Soledad Police Department’s community relations program. Youth between the ages of 15 and 21 also have the chance to learn about law enforcement through the Police Explorers Program.

“Credit goes to the hard work of all the officers of the Soledad Police Department and to our community for their ongoing support,” said Eric Sills, police chief. “Without their eyes, ears and participation in helping to make our city safe, we would not be able to do it alone.”

Soledad Police Department spends a significant amount of time building relationships with the community by participating in annual community events, such as COPS Giving Tree and National Night Out, along with the recently launched Coffee with a Cop program.

“Our numerous community police efforts have made a positive impact on our relationship with the residents of our city, which in turn has helped make this a safer place to live and work,” Sills said.

Other South County cities ranked among the top 100, including King City (No. 62) and Greenfield (No. 74). Gonzales was not listed, as its population is under the 10,000 minimum requirement.