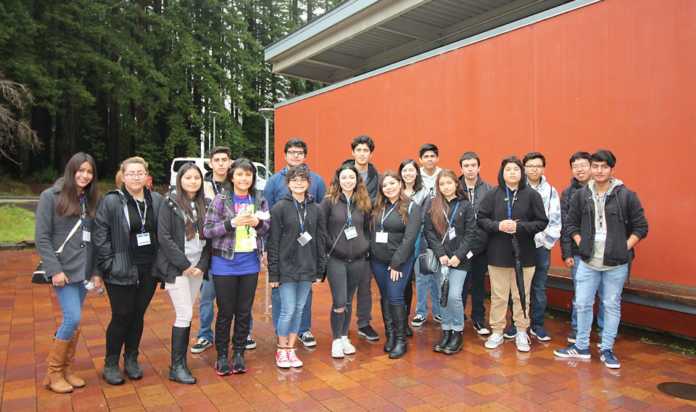 Students worked in different categories, such as robotic wrestling and airplane flying, performed tasks with student-engineered prosthetic arms, participated in a Math Escape Room and other activities.

Main Street Middle School and Gonzales High School each came away with the second-place prize for the Math Escape Room in the middle and high school categories, respectively. The Escape Room is where students solve problems to piece together clues.

“In working on these projects, the academic focus is on following the engineering design process, as students collaborate with their engineering team to design, build, test and improve their projects,” said Main Street MESA Adviser Elva Garcia. “I am very proud of all the students who participated in the competition on March 2.”

In the robotics robo ride for high school, Soledad received first place, with Gonzales close behind earning second, while third place was a tie between the two schools.

“They are the problem solvers, critical thinkers and professionals who design, build, troubleshoot and test structures or systems to fulfill an objective,” said MESA adviser Capt. Pedro Gomez.

Soledad High School MESA Club President is Robert Guillen, who was part of the Soledad representation at UC Santa Cruz.

“We took a big group of students this year to Santa Cruz to compete in a variety of competitions, such as prosthetic arm, balsa wood bridges and robots,” Guillen said. “Everyone had fun, we brought back some medals, and as a whole group we won the High School Spirit Award.”

“MESA Day was a great success for Gonzales High School because we had a lot of teams place in the top three of their project competitions and win medals or ribbons,” Gonzales MESA Club President Dylan Cervantes said. “It was a chance for our students to build projects in the STEM areas they were passionate or had an interest in.”

Gonzales High School MESA Club is overseen by MESA Adviser Jacob Jun, who said the event was a chance for Gonzales students to showcase all the skills, teamwork and knowledge they’ve gained this year.

“Students are learning that there is a huge, giant world out there, and they can contribute in very important ways,” Jun said. “The MESA Club worked independently to plan this trip, gather the necessary materials and learn the rules of the competitions.”