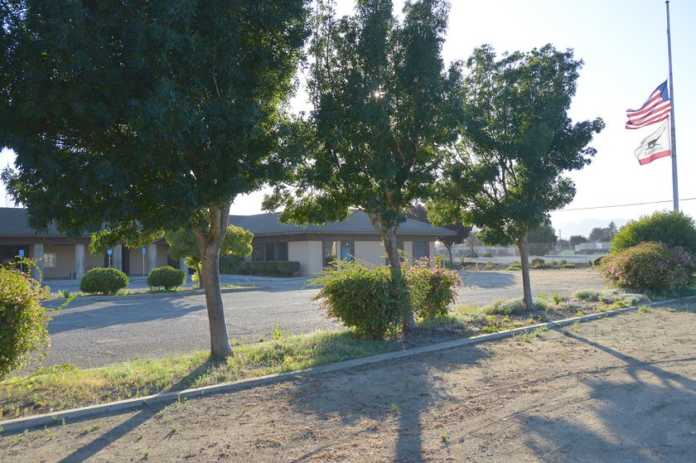 The California Judicial Council’s Court Facilities Advisory Committee approved its draft priority list of capital outlay projects for courthouses across the state. On the list was Seaside, which has a courthouse in nearby Monterey and was ranked higher than Greenfield, which has none.

The news was a blow to local public officials and residents who have advocated for a new facility in South County since the closure of the courthouse in King City in 2013, which forced residents to make long commutes to either Salinas or Monterey Bay to handle court business.

The list, which was released last week, included 76 projects across four tiers of need groups in the state of California.

Monterey County District 3 Supervisor Chris Lopez called the decision “cherry picked” despite heavy advocacy from residents and local officials to get a courthouse back in South County.

Lopez, whose district is roughly the size of Rhode Island and covers all of South County, said a new courthouse is needed to serve not only the residents of Gonzales, Soledad, Greenfield and King City, but also the unincorporated areas of Bradley, Lockwood, San Ardo and San Lucas.

Residents now have to commute as long as 90 minutes one way to see a judge, handle a traffic ticket or obtain court records.

Lopez added that residents from South County who are called for jury duty are often dismissed.

“It’s really disappointing when we look at the ranking,” Lopez said. “It doesn’t reflect where it deserves to be.”

King City’s court facility closed amid state budget cuts and safety and seismic issues, among others. The building is now used as a victim services center by the Monterey County District Attorney.

But before that, a competitive bid process started in which all four South County cities vied for a new courthouse. Greenfield won after it pledged $10 million and donated a four-acre plot of its own land to the state.

Then there was SB1407 in 2008, which provided billions of dollars to fix courthouses across the state, but that was clawed back by then-Gov. Jerry Brown in the wake of the recession.

A new building would not only serve the justice needs of the local community but also act as a practical economic stimulus for the region. According to John Huerta, former mayor of Greenfield, the facility would attract those who would then stop and get gas, food and other provisions before going on their way.

“Here in Greenfield, where the courthouse is going to be constructed,” Huerta said, “some small businesses and national brands will get some of those benefits of increased users.”

Lopez said the location of Greenfield also makes sense for a new courthouse because it is the geographic center of the county.

At the Aug. 29 meeting, Monterey County Superior Court Executive Officer Chris Ruhl said the Fort Ord Courthouse was already a topic of discussion between court and Seaside officials for at least a decade.

Monterey County District 1 Supervisor Luis Alejo, who represents Salinas but advocated for Greenfield, called the committee’s decision a “travesty of justice” against a “disadvantaged community.”

“Greenfield was promised a courthouse more than 10 years ago,” Alejo said. “It provides access to justice to our communities who have really suffered through hardship.”

Alejo added that the Seaside project made no land commitment and no financial contribution, unlike Greenfield. He called the decision a result of “backdoor conversations” and not “objective, fair or equitable.”

Lopez agreed, saying he wished there had been a more public and transparent process. Nevertheless, Lopez said he will make every effort to get Greenfield reprioritized as much as possible. He needs as many people from South County to make their voices heard.

The public comment period opened Aug. 30 and runs until Sept. 13. On Oct. 1, the advisory committee will approve the final list, which will then get sent to the full Judicial Council in mid-November. From there, it goes to the state legislature, specifically the Senate and Assembly Budget Committees. There will be another chance for public input after that sometime in early 2020.

Comments are due by 5 p.m. on Sept. 13 and can be emailed to [email protected]

“Honestly, this is their tax dollars spent on projects,” Lopez said. “In terms of fairness and justice, it’s time to give Greenfield what it deserves.”