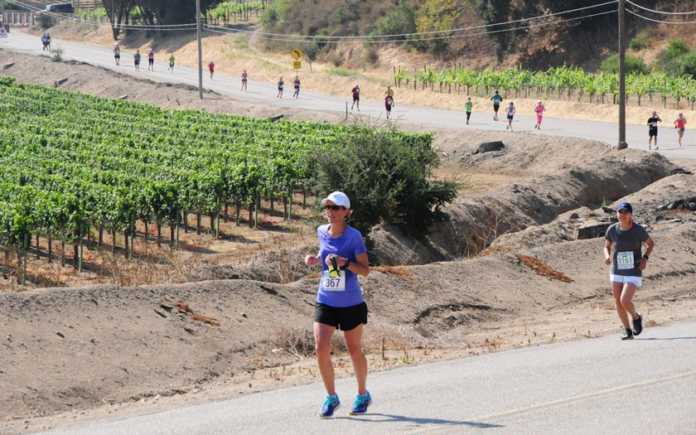 SOUTH COUNTY — Salinas Valley Half Marathon has run its course after nine years, as the Big Sur Marathon Foundation announced this week that the race will be discontinued due to declining participation.

The decision means that last year’s race in August was the final event.

“The race had a dedicated group of area runners and we regret no longer being able to offer them the chance to enjoy the scenic course and the wine-themed finish festival,” said Big Sur Marathon Foundation Executive Director Doug Thurston in a news release. “But, despite our best efforts, the event failed to attract participation across the state and region to be able to support other non-profits in the community.”

The 2018 event added a 5K fun run in an effort to build support from a new audience, but according to Thurston, it was not enough to keep the race financially viable.

The nonprofit Big Sur Marathon Foundation took over the South County race in 2016 at the request of the fellow nonprofit Salinas Valley Half Marathon organization.

Organizers had hoped the additional marketing efforts of the larger organization combined with the popularity of Big Sur’s many sold-out races would help bring higher entry numbers back to the Salinas Valley event.

Despite robust marketing efforts focused both locally and in the surrounding counties, registration numbers continued to decline, Thurston said.

The organization even started the “Waves to Wine” challenge with an additional medal awarded to those who participated in multiple Big Sur Marathon Foundation events in the same calendar year.

“Entries for this event have been steadily declining since the second year of the race back in 2011,” Thurston said. “Only 772 entered the last race, down more than 50 percent from eight years ago.”

Race participants, volunteers, partners, vendors and suppliers have been notified of the cancellation.

The former Salinas Valley Half Marathon and Big Sur Marathon board members will donate a total of $10,000 from remaining event funds to Sun Street Centers, Soledad Mission and the Salinas YMCA, three area non-profits who have been supportive of the race since the beginning.

Created in 2010, the Salinas Valley Half Marathon featured a scenic 13.1-mile course for runners that began at the historic Soledad Mission and encompassed the area’s agricultural lands and vineyards, finishing at Pessagno Winery along the River Road Wine Trail near Gonzales. Over the past nine years, many of the race participants were from South County.