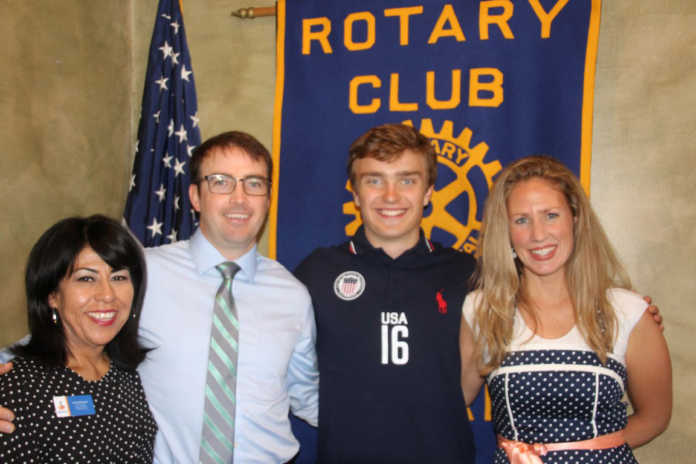 Incoming Soledad High School seniors Elena Meza and Athena Lopez were selected by the Soledad Rotarians to attend a week at Camp Royal. Camp Royal brings leaders from multiple schools across California together to learn from one another and problem solve.

“On the second day there was a story and it actually brought us girls closer together,” Meza said. “My camp decided to go back and get to know each other and from that day forward we became like a family.”

Meza said the campers were broken up into groups, and although she didn’t know the other campers prior to camp it was really easy to get to know them.

“Going into Camp Royal it was a progression and I didn’t even realize how much I had grown until after,” Lopez said. “The first two days seemed the longest because it was cold. What seemed like horrible moments was the best bonding moments for a team of young women to not only make the best but figuring it out.”

Lopez said leadership means taking a step in the world to stand up for what you believe and thinking as if there is no box.

Meza said she learned that she can take charge even in a situation. Meza and Lopez also had the chance to hear from speakers who spoke about women’s roles in businesses. Meza said the camp counselor’s mantra was “figure it out.”

When the campers first arrived at Camp Royal they didn’t know exactly where to go and when they asked the counselors, they said “figure it out.”

The result of this mentality was the campers had to talk to their peers and work together to figure out where their cabins were.

“One of the girls that I met really inspired me,” Meza said. “She’s my age but emancipated and attends Santa Catalina. It’s amazing what she has done, although she doesn’t have her parents, she has an internship. She literally managed to bring herself up on her own.”

Skredegard arrived back in the United States on July 15 and stayed for the next 10 days with the Larsen family, who hosted him two years ago. The trip took 11 hours from Norway.

“It was very tiring, but when I arrived at the airport the whole Larsen family was there,” Skredegard said. “It was a really great moment.”

Over the past year in Norway, Skredegard has been studying and has his last year of high school this upcoming school year.

Skredegard would like to study for medical school, which he says is “really hard” but is a dream of his.

“But, the biggest dream of mine is still being in the Olympics,” Skredegard said. “As a cross country skier.”

Skredegard trains here by running around in the vineyards and plans to be part of the 2022 Winter Olympics.