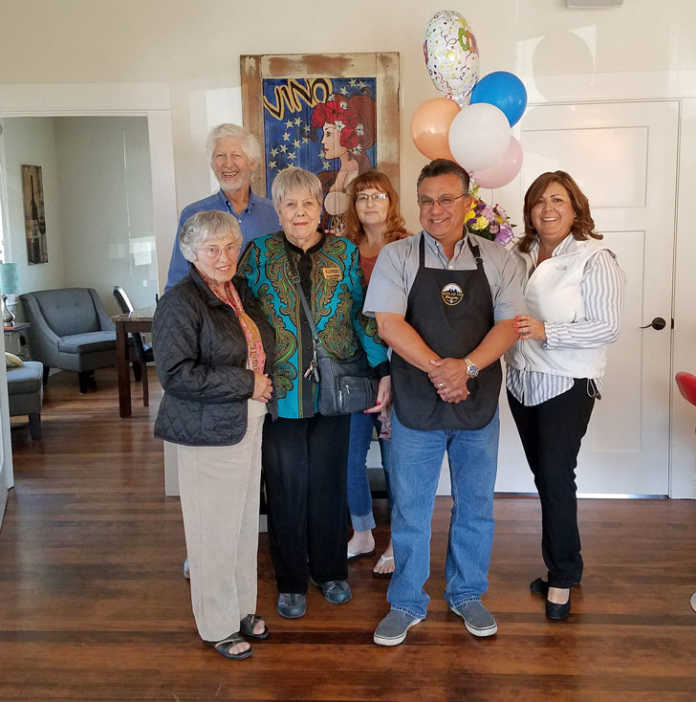 SOLEDAD — After reading through all the nominations, the Soledad-Mission Chamber of Commerce has come to a decision on the 2016 Business of the Year and Citizen of the Year winners, in addition to the honorees for Friend of the Community and the recipient of the Lifetime Achievement award.

Soledad Tire and Wheel Service, celebrating its 65th year in business, was named the 2016 Business of the Year. Family owned and operated, several generations of the Peverini family have kept the business going in the city.

The business is a treasure trove of memorabilia into the past. In the office and waiting room, there is everything from old gas pumps to old newspaper ads framed on the wall to a classic Coca-Cola machine.

Fred Ledesma was given the honor of being the 2016 Citizen of the Year.

Ledesma was ambushed at work and was in the middle of nominating someone else when he was presented with flowers and balloons and then informed of his status. He has spent his life in Soledad, serves as mayor of the city and proudly proclaims that Soledad is the place he will die.

The Friend of the Community award was given to a group last year, and this year is no different, with Soledad Lions Club receiving the recognition.

The club is deeply entrenched in the city. Members organize the Thanksgiving Community Feast and help out the police department with the Cop Giving Tree, in addition to many other projects that keep them very busy.

The Lions also give out several scholarships each year to students in Soledad on top of helping out other groups during the year.

Ralph and Paula Sarmento are this year’s Lifetime Achievement Award winners. They received the nod for their lifelong service in and around the city of Soledad.

The mission of the Soledad-Mission Chamber of Commerce is to “promote a prosperous business climate for our membership and community.”

The Gala is being held April 28 at the Soledad Community Center at the YMCA on Walker Drive.

“It will be lots of fun, besides honoring our very special awardees,” said Beverly Willitts of the Soledad Chamber. “Wonderful food will be served, appetizers, three-course dinner, dessert bar, D.J. and dancing. Wine is complimentary and will be on the table. This will be a memorable event for all.”

Tickets to the annual Gala may be purchased on the Soledad Chamber website soledadchamber.com.