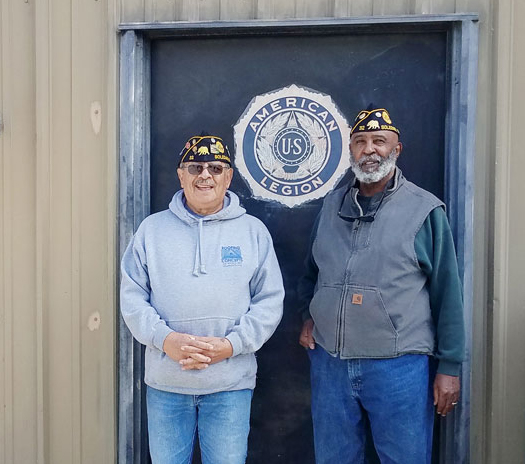 SOLEDAD — The Soledad American Legion Post held its annual rib barbecue over the weekend, serving about 500 meals in fewer than three hours.

Members of Post 32 started barbecuing the ribs early that morning, and with the help of the Soledad High School’s Naval Junior Reserve Officers’ Training Corps, people from around South County drove into to Soledad to get some of the Legion’s famous ribs.

The post has also welcomed new officers to their ranks. The new Commander of Soledad American Legion Post 32 is Emile Glenny.

Glenny is originally from New Orleans, La. He moved locally and was introduced to Post 32 by a mutual friend. He has been a member for about 10 years.

Joining Glenny as the Post’s First Vice-Commander is Albert Chavarria de Rendon. Rendon was born and raised in the City of Soledad and has been a member for three years.

An upcoming event for the Soledad American Legion is its Annual Memorial Day Program held at the Soledad Cemetery at 10 a.m. on May 29.

They are also going to hold a fundraising barbecue for the Soledad Fourth of July committee.

The proceeds from Sunday’s barbecue will help the Veterans Day Parade held in Salinas and to help with scholarships for local students.