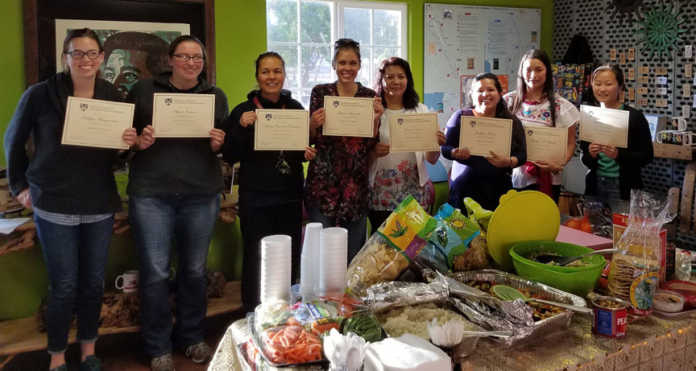 SOLEDAD — Several Soledad women received certificates on May 11 after improving their English speaking skills through a program from the Middlebury Institute of International studies in Monterey.

In 2015, April Danyluk was taking a Spanish class with Professor Gabriel Guillen and was eager to keep practicing the language by connecting with native speakers in the area over winter break. Guillen and Danyluk discussed the idea and began exploring opportunities for students to connect with the large Hispanic community of Monterey.

During the summer of 2015, a connection was made with the Action Council of Monterey County, and in the fall, Guillen and Danyluk organized a pilot program in partnership with the Mueres in Accion, a Soledad women’s collective action group led by Maria Elena Manzo.

This allows both groups to practice their second language.

“The women from the group in Soledad come from the same area in Mexico and would like to improve their English to get better jobs,” Guillen said.