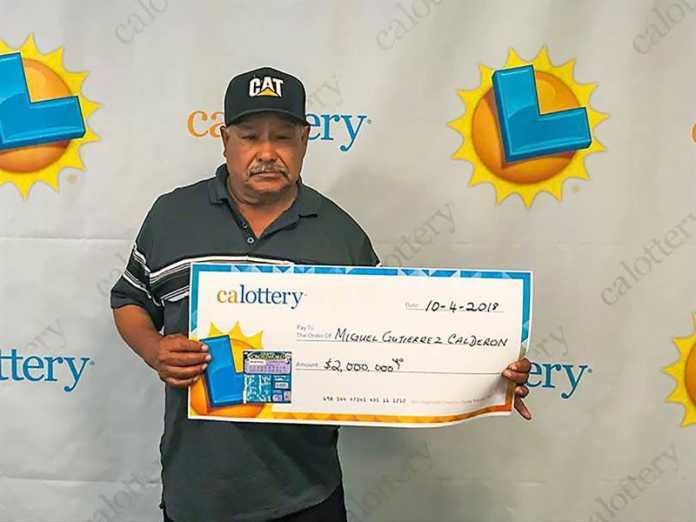 GREENFIELD — A Greenfield farmworker is counting his blessings after winning $2 million from a lottery ticket.

Miguel Calderon, 64, was playing the California Lottery’s Grand Crossword Scratchers game when — just before checking to see if he had the 10th word needed to win the top prize — he blessed himself. His heart began beating fast, and he jumped and screamed once he discovered that he had indeed uncovered the final word and was now holding a ticket worth $2 million.

According to a California Lottery press release Nov. 7, Calderon struggled to put his thoughts into words.

“The only thing I know is that I’m here,” he said after submitting his claim for the prize at the Lottery’s Sacramento District Office.

Calderon, speaking through an interpreter, told Lottery officials he believes this was “the Lord’s doing,” and he is not going to make any quick decisions. Instead, he is focusing on his family and maybe a new house. He also plans to keep working “because if I don’t keep working, if I’m at home, I’m going to be bored,” he said.