SOUTH COUNTY — A pair of wildland fires in the King City and Soledad areas kept local firefighters busy Monday, though no injuries nor damaged structures were reported in either incident.

At about 11:30 a.m. on April 24, units from the South Monterey County Fire Protection District and the California Department of Forestry and Fire Protection (CAL FIRE) responded to a wildland fire in the King City area near the intersection of Highway 101 and Jolon Road. The fire was burning in grass and brush with no structures threatened or damaged, according to CAL FIRE.

About three acres of grass were burning, including an area adjacent to the base of a power pole. CAL FIRE said crews discovered damaged powerlines while controlling hotspots.

Upon arrival, firefighters found a fire being driven by strong winds up a hillside. Crews were able to keep the fire contained to eight acres. CAL FIRE said sparks from workers using grinding and cutting tools nearby ignited the grass.

“No evacuations or road closures were initiated nor were there any structures damaged,” according to a news release from CAL FIRE. “There were no firefighter injuries during either incident.”

CAL FIRE reminds everyone to be aware of current weather conditions while using power equipment, and that wildland fire season is rapidly approaching. Residents are urged to use precautions when using power tools or mowing their properties. 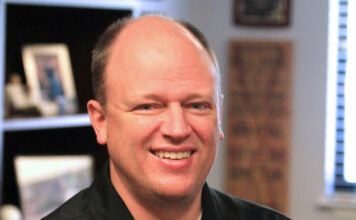