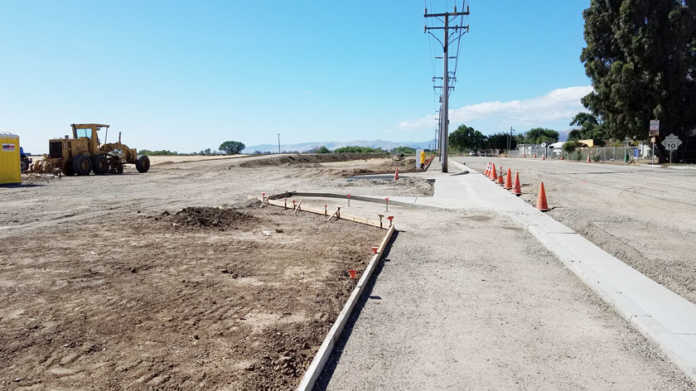 SOLEDAD — Upcoming projects in the City of Soledad are going to keep city staff very busy. From new stoplights to water reclamation to the new theater, the city has got a lot going on.

It’s hard to tell what has locals talking the most, in Internet terms that would mean what is trending in the City of Soledad.

One project that would be on the top of the trending list, and probably has the most people talking, is the movie theater. Premier Theaters, with theaters in the city of Hollister and the city of Los Banos, has decided to locate an eight-screen theater in the City of Soledad.

The company purchased the 13-acre parcel of land south of the city along Los Coches Road and Nestles Street, close to the existing Soledad Mission Shopping Center. The theater itself will only require three to four acres to accommodate the building and required parking for moviegoers.

It is hoped that a shopping center will come along with the theater, which will provide South County with its first true retail and entertainment hub. Specific tenants or timing of construction of other phases is unknown at this time. The theater is projected to open summer 2018. The city has already expanded Nestles Road to the site.

A project that may cause a little less congestion on Front Street is the upcoming installation of traffic signals on the corner of Front and East streets. Once in place, it will take control of that corner where traffic snarls up.

Gallardo Park was just in the news with the upgrade of the ball fields there, but at the corner where Metz Road turns into North Street and East Street turns into Andalucia, they are making plans to install a roundabout.

A roundabout is a circular intersection or junction in which road traffic flows almost continuously in one direction around a central island. Traffic should move easier with the roundabout.

Another project that has many proud at the city level revolve around water, either into the water plant or out of that plant and back into the city. Both of these have or will cause either traffic delays or complete detours of traffic from the street. San Vicente Road is going to be very busy in the near future.

They have to run piping under the roadway that will cause the closing of San Vicente. They will also lay purple pipe to return the water that has been processed at the water facility.

The return of the reclaimed potable clean waste water saves the city money as it will be used to water public parks and the plants along Front Street. It will also help the city use less ground water.