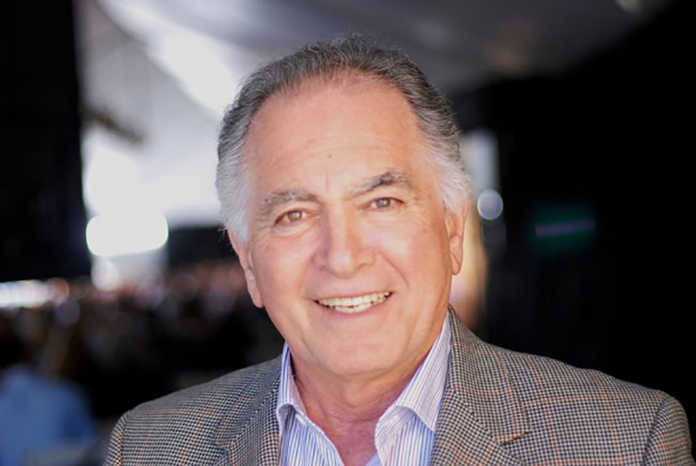 These awards recognize the accomplishments and service of key individuals and organizations that contribute to California’s agriculture industry growth and prosperity and are the highlight of the evening at the State Fair Gala on Thursday, June 22.

The Gala raises funds for The Friends of the California State Fair Student Scholarship Program. This program seeks to support well-rounded, high academic achievers and gives over $47,500 in scholarship’s in more than 14 categories including agriculture.

Tom Nassif took the leadership reins of the Western Growers Association in 2002. His broad and distinguished leadership experience, along with his background as a labor attorney for the agricultural industry, made him a natural choice to lead the fresh produce industry into a new era. Through coalition building and an aggressive approach to addressing the key issues confronting the industry, Tom took Western Growers to a new level of prominence and influence.

Tom’s remarkable career is highlighted by his service in President Ronald Reagan’s administration in several capacities. In 1981, he was appointed Deputy and Acting Chief of Protocol for the White House, in 1983 he became Deputy Assistant Secretary of State for Near East and South Asian affairs and in 1985 he received the appointment by President Reagan to be his ambassador to the Kingdom of Morocco where he served until 1988.

The Agriculturalist of the Year award is defined as someone who has contributed extensively and in a professional capacity to California’s agricultural industry. Each year, the public is invited to participate in an open nomination process. The California State Fair Ag Advisory Council met on March 21 to vote on all the nominees.

Paul Draper is a California winemaker who recently retired after 46 years as the chief winemaker at Ridge Vineyards in California. Draper gained recognition for his 1971 Monte Bello Cabernet Sauvignon when it placed fifth at the Judgment of Paris wine tasting. Paul has played a significant role in the history of California wine through his pioneering work in popularizing “vineyard-designated” wines as well as instigating the resurgence of old vine Zinfandel. Paul is considered one of the most important figures in the history of Californian Zinfandel, rescuing the grape from obscurity and demonstrating its full potential as a serious wine.

The Lifetime Achievement Award recognizes a person, family or institutions who are pioneers in the wine industry based on their lifetime contributions to the California wine industry. Each year, the California State Fair Wine Advisory Task Force puts forth recommendations and selects a final honoree through an open meeting process.

Dutton Ranch Vineyards farms a total of 1,100 acres of premium quality wine grapes using the Sustainable Winegrowing Program. Of the 1,100 acres, they own and lease approximately 860 acres and manage approximately 240. Chardonnay and Pinot Noir are the predominant varieties growing in the Dutton Ranch vineyards. They have 17 different clones of Chardonnay and 14 different clones of Pinot Noir planted. All of their vineyards are in the Sonoma Coast AVA.

The Vineyard of the Year recognizes the California vineyard that consistently, over several growing seasons, produces grapes which have contributed directly to wine of superior quality and marketability within commercial sales systems and among fine wine.

Each year, the California State Fair Wine Advisory Task Force puts forth recommendations and selects a final honoree through an open meeting process.

Bryan M. Sastokas is the 2017 Individual Champion of Technology.

Bryan is the Chief Information Officer and Director of Technology and Innovation Department for the City of Long Beach. He has over 20 years of experience in the public and private sectors where his approach to innovation has enabled the city’s technology to be a community asset, more than an internal resource. Though only appointed in 2015, his leadership allowed the city’s Technology and Innovation Department to receive the CIO 100 award in 2016, where Long Beach was the only city among the 100 honorees nationwide.

Aira is the 2017 Project/Organization Champion of Technology.

Aira, founded in 2015 in San Diego, Calif., is a national and international leader in providing cutting-edge technology for the blind and visually impaired. Through a pair of smart glasses, Aira connects consumers to certified agents who are on standby to take a live video to see from the perspective of the consumer and provide instant visual interpretation of labels, signs and the surrounding environment. Aira is innovative in that it has leveraged a convergence of different technologies such as Augmented Reality, wearables, miniaturized sensors, widespread bandwidth, GPS data, and human assisted artificial intelligence.

The Champion of Technology Awards recognize an individual and company or organization that has made significant contributions to the lives of Californians through technology industries. Each year, the California Department of Technology manages the open nomination process and presents a final recommendation to the California State Fair.

The California State Fair is celebrating its 50th anniversary at Cal Expo July 14 to 30.

The California State Fair, established 164 years ago, is dedicated as a place to celebrate California’s achievements, industries, agriculture and diversity of its people, traditions and trends that shape the Golden State’s future.