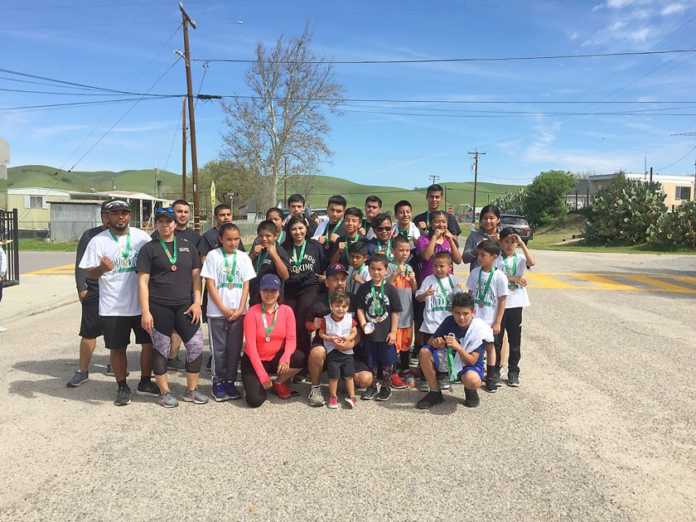 “I was surprised how 9-year-old Ivan Almanza placed third and beat some of our older runners, including some of our 20-year-olds,” said King City and San Ardo Boxing Clubs head coach Rodolfo Tapia. “Running the race was good training for our kids. All of our top finishers came home with medals.

“Now as we prepare for our fights on April 14 in Hanford, we will keep running distance and also run the hills in San Ardo. We made a good day of it by driving to the beach and running there and having fun in the water. Many of the parents were happy to see our boys and girl from our clubs working to stay in shape,” Tapia continued.

The local boxers have a busy month with the fights in Hanford on April 14 and another fighting show on April 28 in Fresno.