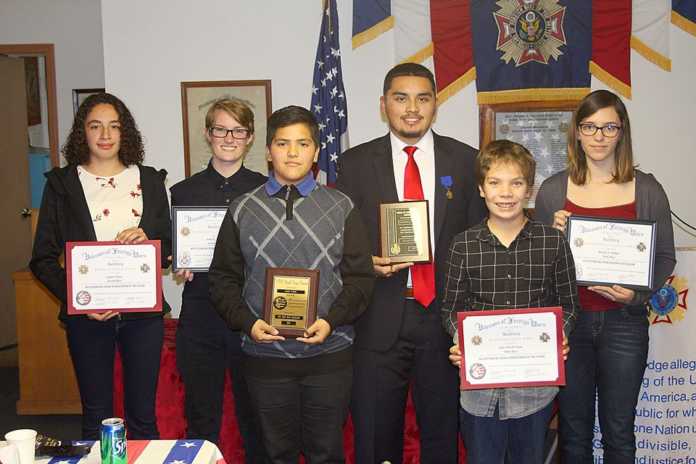 The Patriot’s Pen Program, an essay-writing contest, gives an opportunity for middle school students in the sixth, seventh and eighth grades to express their opinions and improve their writing skills on a given theme.

This year’s theme was “America’s Gift to My Generation.”

The VFW’s premier scholarship program, the Voice of Democracy, is open to high school students in grades 9 through 12 who compete by writing and recording a three- to five-minute essay based on an annual patriotic theme.

This year’s theme was “American History: Our Hope for the Future.”

All the winners received a scholarship amount as well as a certificate or plaque for their achievement. Both first-place winners will have their entries judged at the district level and, if selected, will move on to state and potentially the national competition.

Youth from King City, Greenfield and Soledad were invited to participate in this year’s contests.