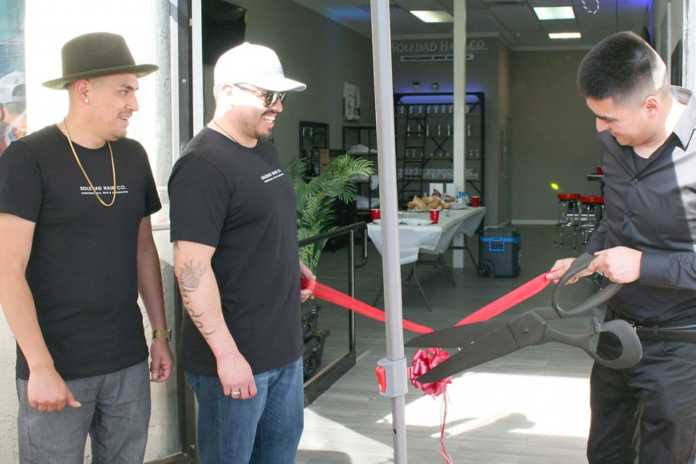 SOLEDAD — Soledad Hair Co. is expanding and opened a second location on Front Street over the weekend.

Pizano’s goal for the second location is to bring more barbers and jobs to the area.

Pizano opened his first hair company when he was 10 years old, and now at 27, he is opening his second salon.

“I appreciate all of our clients and the whole community,” he said. “The reason I picked Soledad Hair Co. was because I wanted to cater to everybody in town.”

Pizano was born and raised in Soledad and graduated from Soledad High School. After graduating, he attended Hartnell College for business and went on to study cosmetology at Marinello School of Beauty in Seaside.

“My friend is going on five years plus in the business. We looked at the numbers and it was time to expand,” Alonzo said. “Luckily the opportunity presented itself here on Front Street. We want this to be a stepping stone to continue growing from this point on.”

Alonzo is also a Soledad High School graduate and both want to be positive role models to the community.

Soledad Hair Co. has three licensed barbers, including Pizano, Dominic Diaz and Mario Sanchez. Taking care of the maintenance side of the business is Panchito Vargas.