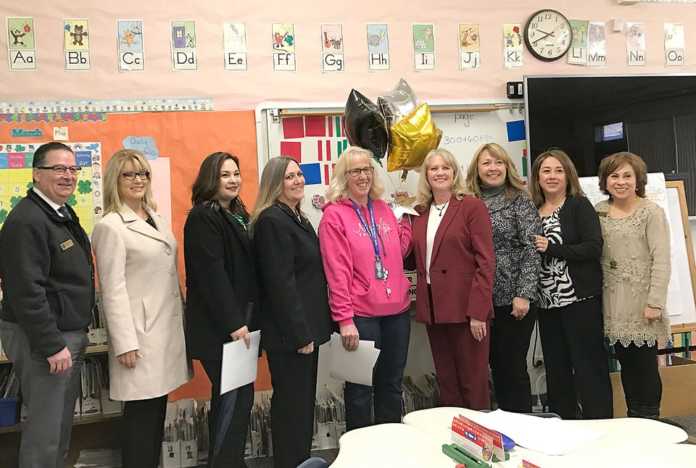 Sitko is an instructional assistant at San Vicente for seven years. She has been praised by her direct supervisor, Jaime Calderon, as going above and beyond the call of duty.

“Three years ago, she and other school staff became concerned when they noticed some students arrived too early at school,” Calderon said. “The extra early birds would run around, including onto the street, and it became a safety issue.”

Sitko moved her start time to 7 a.m. to provide supervision for the students and has been one of the first employees on campus that the students see in the morning.

Part of Sitko’s role as an instructional assistant means that she rotates between classes to help students whose skills fall below grade level. Calderon spoke about a time when Sitko was working with a student who was struggling with vocabulary and began working with the student one-on-one. As a result, the student can now recognize sight words and is starting to read.

Outside of the classroom, Sitko volunteers as a 4-H leader. She is also the volunteer committee chair for the Annual Pancake Breakfast for the Soledad Mission 4-H Club.

“She is punctual, consistent and has excellent attendance,” Calderon said.