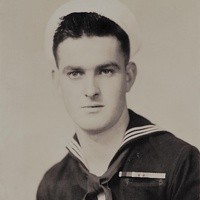 Herman was born July 4th, 1932 in Soledad California. He was the 6th child of 9 siblings. He was a 80-year resident of Greenfield, CA. He started farming at the age of 8 years old and took pride in his meticulous fields and productivity. He was a talented engineer and tool maker that generously shared his ideas and techniques with his peers.

Herman Served on the USS Rainier during Korean War. He was one of 4 brothers and 1 sister that served during the 1950’s. He enjoyed serving the community by organizing the Flag Committee to honor our veterans. He acted as Commander for the American Legion and served with the Color Guard and the Lion Club.

Herman started a family with Phyllis Eisfeld in 1955 and had four children. Phyllis past away in 1983. Herman later re-married Brenda Morton who he had spent the last 35 years with.